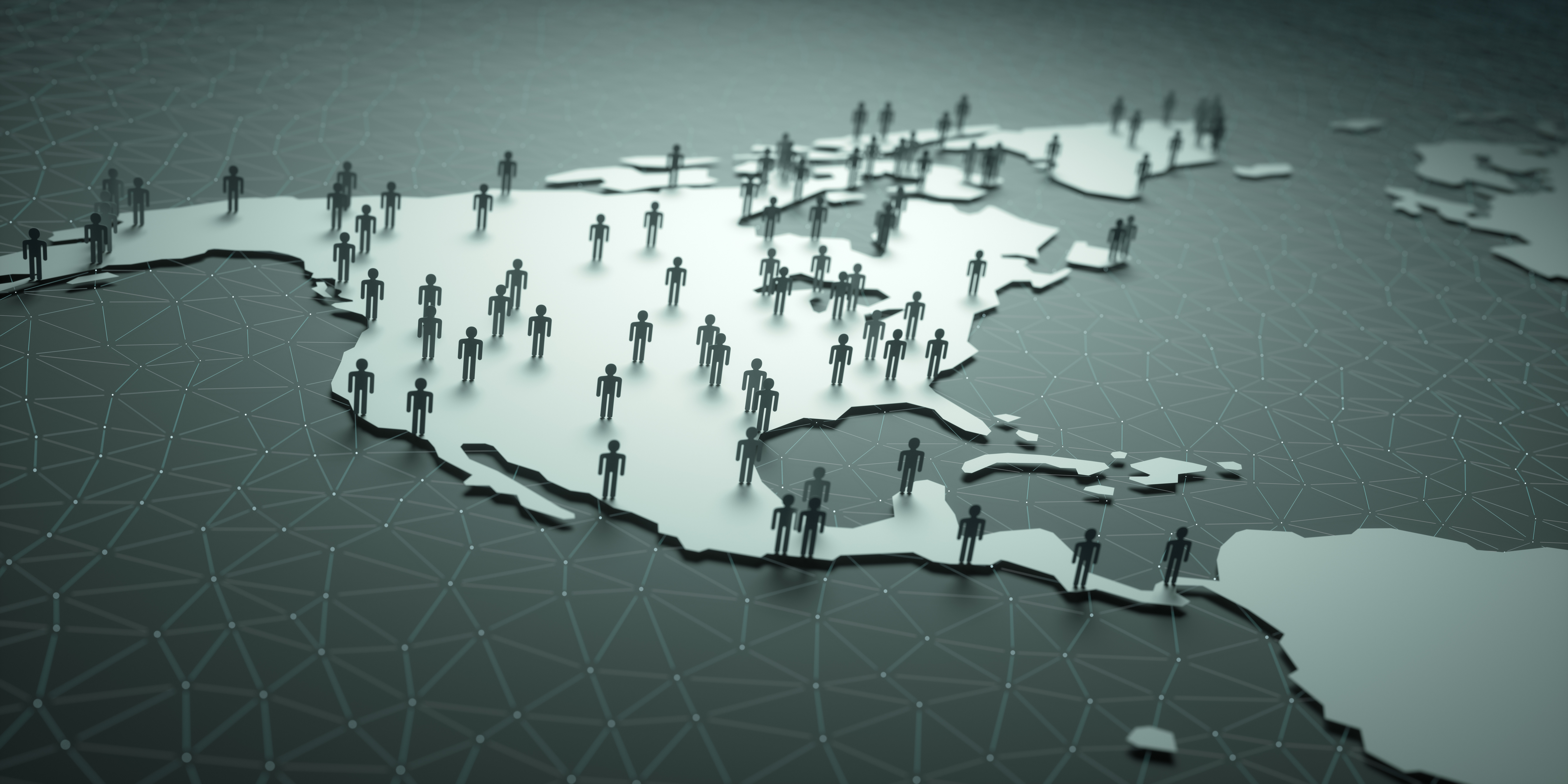 Yesterday’s announcement of a new Senior Vice President of Evangelism and Leadership stirred enthusiasm for many inside the SBC.  Beyond the affirmations of a beloved pastor and gifted preacher in Johnny Hunt, cautious hope abounds that Southern Baptists may be making efforts to regain their zeal and historic commitment to intentional evangelism in both established and new churches.  Hunt shared, “I want to lead Southern Baptist churches to put evangelism back on the front burner again,….Jesus came to seek and save the lost, we know what He is doing. We must join Him.”

Several recent developments mark a new era with new opportunities for Southern Baptists to recapture the primary purpose of the International and North American mission efforts, evangelism that results in transformed disciples and new churches.  After a review of the written mission and ministry assignments of NAMB, I will summarize the developments and pose a vital question.

Through a short series of articles beginning with this one, I will seek to explore the issues involved in setting a new era of evangelism, past, present and future.  Over the series I will seek to provide helpful perspectives on matters such as: our historic evangelistic past, current state of and challenges to evangelism both nationally and locally, cautions along the journey, and some worthy benchmarks for our collective evangelism efforts in the SBC.

“The North American Mission Board exists to work with churches, associations and state conventions in mobilizing Southern Baptists as a missional force to impact North America with the Gospel of Jesus Christ through evangelism and church planting”

Two of NAMB’s six primary ministry objectives/assignments from the SBC include evangelism.

For the last 8 years as both church plants and baptisms have declined, NAMB has principally operated on the NAMB President’s repeatedly used public statement that “church planting is evangelism”.  For some this has been acceptable.  However, for others, this statement is objectionable and unbiblical.  NAMB almost exclusively works with the some 2,500 church plants within their first 3-4 years, while largely ignoring enhancing the evangelism efforts of the other 44,000 established churches which contain some 95% plus of SBC church members.

Coming out of the 2017 SBC Annual Meeting, the then SBC President Steve Gaines appointed an 18 member task force to explore ways to turn around the steady declines in baptisms which had hit new 70+ year lows in spite of the population growth of North America.  The task force results reported in Baptist Press, proposed that “That the North American Mission Board employ ‘senior level leadership’ tasked with “involving churches, associations, and state conventions in outreach to the lost, as well as providing evangelism training and resources.”

Sunday, August 26, 2018 brought the public announcement that Pastor Johnny Hunt of First Baptist Church Woodstock would be assuming a new role of Sr. Vice President of Evangelism and Leadership at the North American Mission Board upon approval by NAMB Trustees in their Oct. 2, 2018 meeting.  Hunt and NAMB leaders have the opportunity to reset the priority of intentional evangelism in the SBC.

Will the hiring of Hunt and the reestablishing of a VP level leadership of evangelism really make a difference?  Some are optimistic about the restoring of the historic position of a VP of Evangelism at NAMB (formerly HMB).  Some seem to think it will make little difference.  And still others are shaking their heads in disbelief that the national mission board was without significant staff and financial resources committed to evangelism.

Life-long vocational evangelist Gary Bowlin said about the Hunt hiring, “Now, maybe we can get back to the main thing being the main thing!” William Thornton on SBC Voices intimates his view the hiring of Hunt should quiet critics and may be implying his view that NAMB evangelism staff are not useful to evangelism and the purposes of NAMB.  He wrote, “NAMB critics should be satisfied with this, since they have found NAMB’s lack of an evangelism staff to be profitable route to gripe about the SBC’s declining baptism numbers.”

Evangelism is at the heart of the mission and the history of NAMB (Home Mission Board preceding it).  However, contrary to some views, everything done in Jesus’ name is not evangelism.  By looking at a person’s calendar and checkbook, you will know their priorities.

NAMB budgets provide for mission and missionary personnel.  However, NAMB budgets used some $40 million in SBC given mission gifts to purchases houses over a few years.  In 2017, $8.8 million budgeted for Capital Expenses.  Out of NAMB’s $125 million budget in 2018, only $6.6 million was budgeted for evangelism.

Regarding staffing, Paul reminds us in Eph 4:11-12  “11 So Christ himself gave the apostles, the prophets, the evangelists, the pastors and teachers, 12 to equip his people for works of service, so that the body of Christ may be built up.”  Clearly Christ not only uses pastors to equip the people for the work of the church, but others too, including evangelists.  Any strategy void of calling out, encouraging and supporting those with evangelism gifts is lacking Biblically.

The NAMB President terminated their entire evangelism staff during his tenure, and now has just one bi-vocational evangelism staff member, Joel Southerland.  In my 30 plus years of research, writing, engagement, training and teaching in evangelism and church planting, I don’t know one single person historically or personally that would advocate a national mission board only having one evangelism focused staff member.  NAMB is an evangelistic missionary organization with an annual budget of $125 million and net assets approaching $400 million.

I received a call several weeks ago about a former NAMB evangelism missionary.  In the conversation, it was relayed to me that our mutual friend and former NAMB evangelism staff member was out doing interviews with a restaurant seeking employment to provide for the basic needs of his family.  The former staffer not only has an enormous heart for the lost, but is the most effective inner city evangelist that we know.  He has shared Christ even in the midst of active drug deals.  But yet this effective and faithful inner-city evangelist cannot find continued ministry through our NAMB even when the leaders have placed such an emphasis on reaching the cities?  How can this be?

In the last 8 years, under the current NAMB leadership, the evangelism budget has been slashed by almost two-thirds and the evangelism staff has been reduced to almost zero.  During the last eight years, baptisms have plummeted in the SBC by 30%.  Is it possible to make a case the evangelism staff and budget cuts/reallocations have helped the SBC churches be more effective in evangelism or even plant more churches?

In closing, Hunt is known as a leader who makes things happen and happen in big ways, which naturally has prompted questions among Southern Baptists. One big question being asked is will Hunt bring a real, measurable change in the priorities, evangelism staffing and use of financial resources of NAMB to recapture intentional evangelism for all churches in partnership with States and Associations in keeping with their MISSION or will NAMB leaders continue as is with only the façade of a change taking place with his hiring?  Time, budgets, staffing, finances, and engagement with State and Associational partners will tell shortly.

Share Tweet Print Email
Categories: Evangelism, SBC
Disclosure of Material Connection: Some of the links in the post above are “affiliate links.” This means if you click on the link and purchase the item, I will receive an affiliate commission. Regardless, I only recommend products or services I use personally and believe will add value to my readers. I am disclosing this in accordance with the Federal Trade Commission’s 16 CFR, Part 255: “Guides Concerning the Use of Endorsements and Testimonials in Advertising.”

Hi, I’m Will McRaney. I am the author of The Art of Personal Evangelism: Sharing Jesus in a Changing Culture.

Through my research, writing, and strategy development tools, I help leaders realize their God-given mission and be more effective in their unique ministry context.

I began The Church Strengthening Network out of the Ministry Enhancement Group to develop Kingdom people for Kingdom advance by encouraging, equipping and coaching leaders.